Home » Things About LED Virtual Studio You Have to Know

Things About LED Virtual Studio You Have to Know!

Home » Things About LED Virtual Studio You Have to Know

With the development of the entertainment industry, more and more TV and online programs start to use virtual studio technology on a large scale. The emergence of VR technology has made the audience refreshed. “LED display+XR technology” is gradually changing the traditional way of film and television production. We will discuss how to create a perfect XR cinematographyl solution from four aspects in this article. Including, the overview of XR technology film and television shooting, the advantages of LED virtual studio, the three-dimensional space of LED display, and the case appreciation.

Forbes had predicted in 2019 that the XR market will grow eightfold in the next two years. And the market size will exceed $209 billion by 2022. Why is XR so hot recently? A direct reason is the rapidly growing online live streaming industry. The rise of the live broadcast industry provides good soil for its development.

The continuous breakthrough of XR technical bottlenecks produces revolutionary application experience upgrades. Both XR technology virtual engine and LED large-screen display technology are not only at the technical research level but further integrated into our life scenes.

XR (Extended Reality) is a general term, including AR, VR, MR, and other levels. It aims to achieve the integration and transformation from the real environment to the virtual environment. At present, XR is the mainstream of the virtual studio industry.

It has a special meaning in the production of film and television, radio, and live entertainment. In content production, it is referred to as a workflow that includes LED display screens, camera tracking systems, and powerful graphics engines. VR filming is a production method that places performers in a virtual world in real-time.

The most notable feature of this shooting method is that it does not require green screens and post-production processes.

(1) VR (Virtual Reality): The combination of virtual and display. VR is a computer simulation system that can create and experience virtual worlds. It creates a perfectly immersive 100% virtual world through sensor input. The multi-sensory and interactive nature of VR technology makes it popular with many people.

(2) AR (Augmented Reality): AR technology enables a skillful fusion of virtual information and the real world. The two types of information complement each other, thereby enabling an “enhancement” of the real world. Virtual images take reality as the main body and are superimposed. It uses multimedia, three-dimensional modeling, real-time tracking, intelligent interaction, and other technical means.

(3) MR (Mixed Reality): This technology presents an information loop of interactive feedback between the real world, the virtual world, and the user. Presenting virtual scene information in the reality scene contributes to enhancing the realism of the user experience. Simply put, MR is a new visual environment after the fusion of real and virtual worlds.

In LED virtual studio, technicians can create an immersive and all-around environment on the LED display stage by combining XR technology, camera dynamic tracking, and real-time rendering technology. It creates 3D visual effects, and the required scenes can be presented directly in the shooting process. 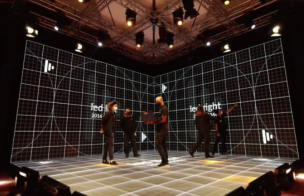 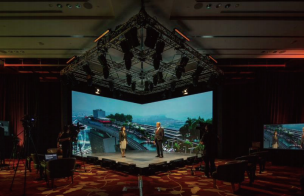 In XR production, a high-quality LED display (usually rendered as a ring or dome screen) simultaneously displays a 3D virtual environment preloaded by the graphics engine. 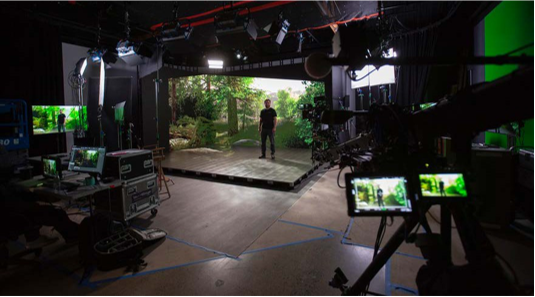 2.2 Editing post-production vs. editing during production

Green screen photography has a long history. Before LED screens were popular in film and television shooting, green screens played an important role.

The focus of green cloth shooting is post-processing. Actors usually perform imaginatively in front of a green/blue screen. After computer post-processing, the director can see the final image after the combination of performance and special effects.

The shooting method using the LED display screen as the background has the characteristics of real-time. The filming team can edit what’s playing on the monitor in real-time.

Pixels are also precisely tracked for perspective calibration of high-resolution rendered 3D images. XR shooting allows the director to directly experience the real-time picture on the spot, shortening the workflow and greatly reducing the post-production workload.

On the other hand, virtual production can effectively reduce crew transportation costs and environmental waiting costs for location shooting. Simply put, you can reproduce and modify the desired environment at any time without having to wait for the rain or sunset.

XR film and television shooting are different from traditional shooting methods. In general, you can feel the advantages of virtual shooting in three aspects: realistic scenes, efficient shooting, and cost savings. Shoot with a virtual scene will save 50% of your overall time.

Next, let’s take a closer look.

On the one hand, the virtual engine can drive the pixels on the LED curtain wall in real-time. On the other hand, it can manipulate the virtual scenes and effects on the curtain wall. Finally, it creates a more realistic shooting scene.

The virtual space is the biggest challenge for the actor’s performance and the director’s control. LED display screens can construct the most realistic and immersive shooting scene. During the shooting, the actors can quickly enter the role in the virtual scene without relying on imagination.

Technicians can conduct scene scouting in the LED virtual studio, pre-set certain scenes in advance according to requirements. When the shooting starts, the staff can quickly call up the configured scene picture. The director of photography can have better control over the color on the spot.

Example of an XR scene 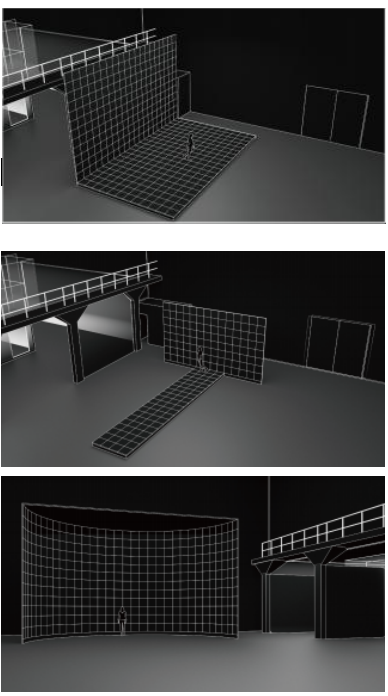 XR virtual production is a new shooting method in recent years. For one thing, it injects technological power into the traditional film and television industry. For another thing, it also brings a different audition experience to the audience.

The success of this shooting technology is inseparable from the help of a high-resolution 3D LED display. LED screens can provide a more immersive and realistic background for show shooting.

Linsn LED can provide a curved LED vertical screen, sky screen, and ground screen. The three-dimensional semi-immersive space that they constitute can replace the conventional green screen. Our products include video walls, floor tiles, and sky screens. All products support HDR image quality, the gray level is 16bits, and the refresh rate is up to 7680Hz.

Linsn has rich experience in LED displays R&D and manufacturing.

Our products are widely used in LED digital stages, stage performance, and other fields. They have won unanimous praise from domestic and foreign customers. In many countries and regions, it has successfully created many excellent cases of LED virtual studio. 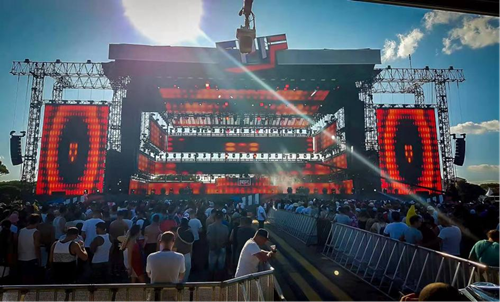 The LED display screen provided by Linsn has a perfect display effect and reliable performance. It can perfectly meet the needs of high-definition picture quality in film and television production. Our products use the most reliable components. The product quality is good, the display effect is good, and the service life is long. 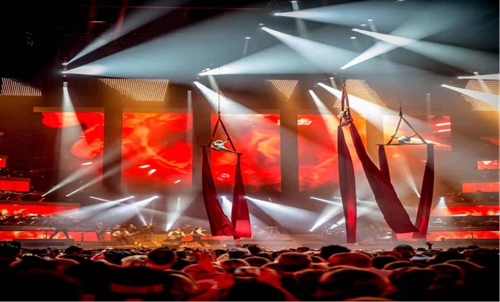 The ability of independent research and development is a crucial factor to measure the comprehensive strength of a company.

Linsn LED has built a first-class R&D team consisting of hundreds of people with rich experience and strong power.

In addition to high-quality products, we will also provide you with strong technical support and after-sales service. 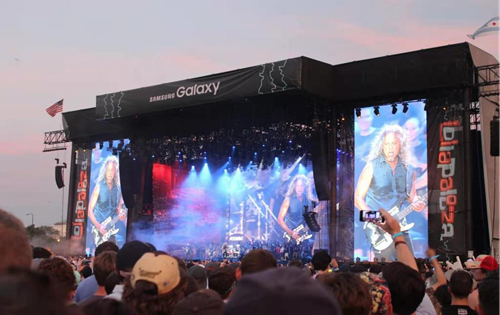 Linsn led insists on the customer, and everything is based on the customer’s needs. The company has provided tailor-made solutions for many creative application projects around the world. You can contact us for any needs. 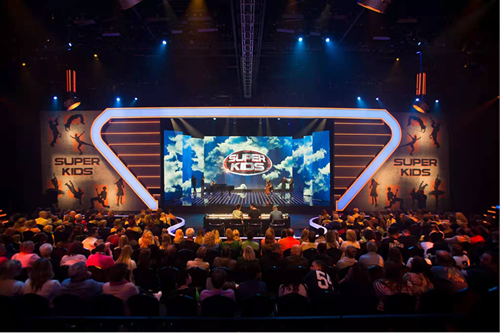 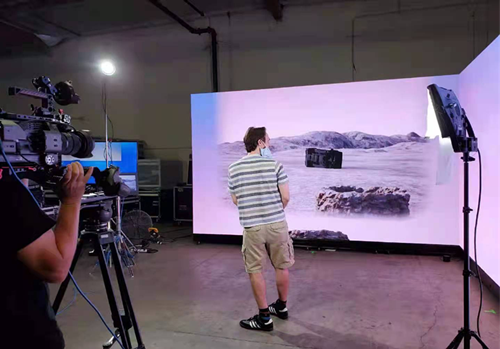 Combined with XR technology, an LED digital virtual studio has many advantages. Linsn LED has successfully provided many excellent cases for foreign customers. 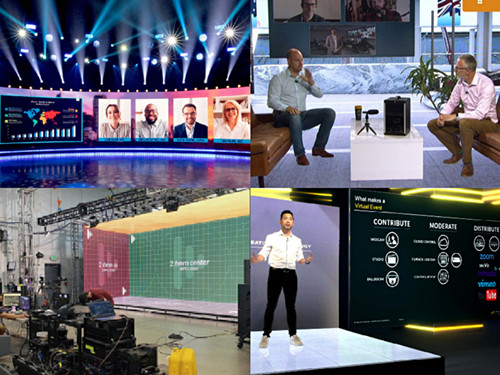 Today we introduced the XR film and television shooting solution from several aspects. Including XR technology introduction, advantages, and working principle. Then the reason why we choose LED display instead of a green screen.

Finally, we introduce to you some excellent cases of LINSN LED in XR film and television shooting. If you want to know more about the LED virtual studio, just leave us a message directly!

Reveal LED Screen Rental Prices: How to Estimate It?